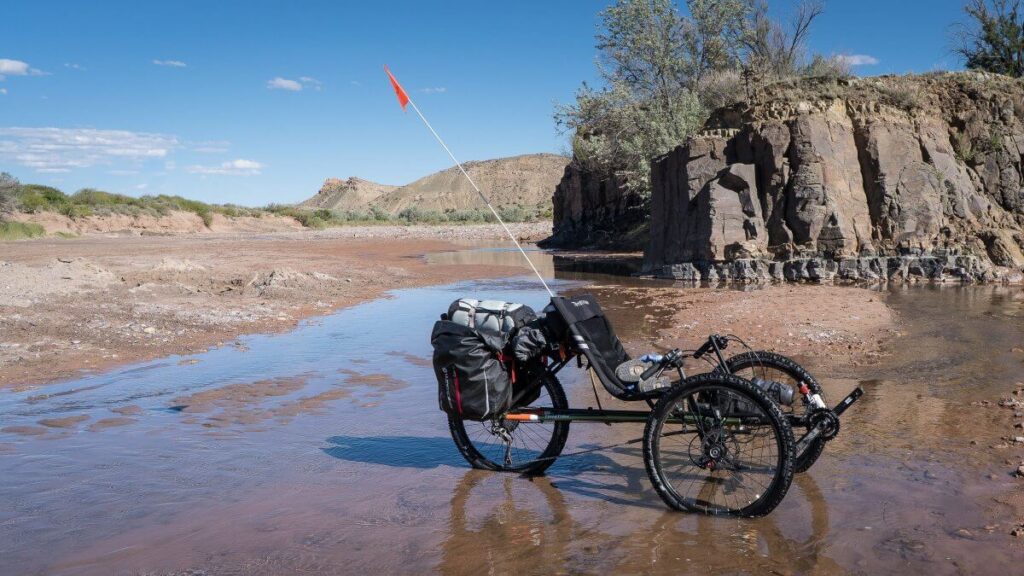 Outside Magazine review of Rambler AT

“Then one day, in a moment of frustration, I started looking for recumbent, three-wheeled bikes that could handle dirt. For “serious” cyclists, a recumbent, or trike, is about as appealing as training wheels. I’d never considered riding one, but soon found the TerraTrike Rambler All-Terrain, a brand-new design that landed on my doorstep a few weeks later. And though I hadn’t ridden it yet, and though I’d been couch-bound, and though I had only a week until I left for a photography assignment in Jordan, I concocted a trikepacking tour of the backroads of New Mexico. Four days, three nights, and several hundred miles later, I was sold.”