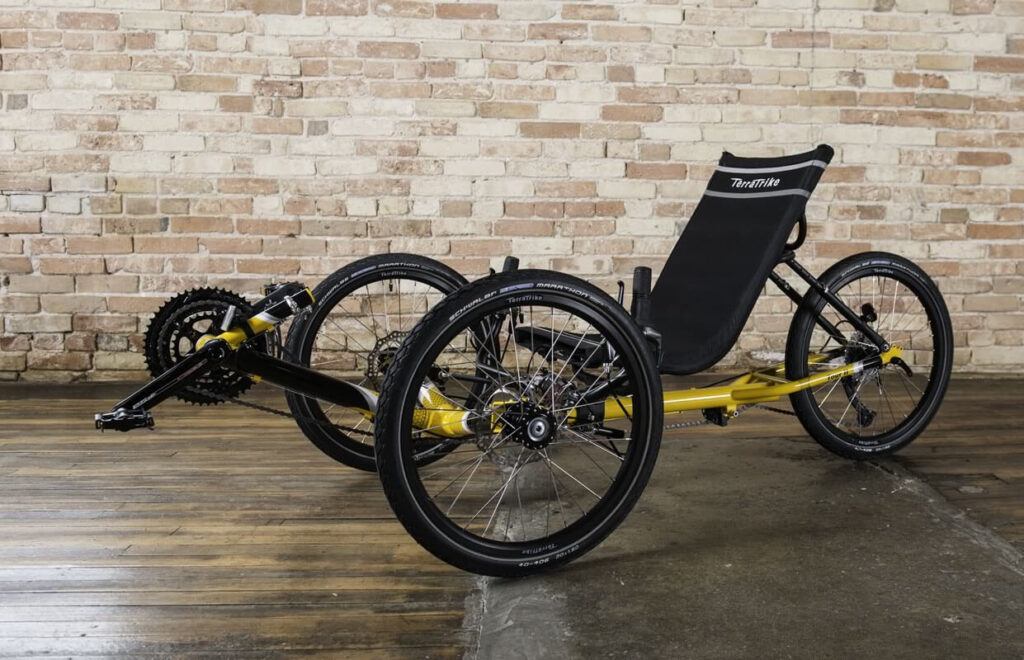 About this time last year, TerraTrike’s model line-up was approximately as long and confusing as a Leonardo DiCaprio film. There was the Rover, Rambler, Path, Cruiser, Tour, Zoomer and Tandem. To make matters even more complicated, most of those models were available in several different trim levels. This was all fine and good when TerraTrike was a smaller manufacturer, but now that they’ve grown into the largest recumbent company in the country, something had to change.

The Path, Cruiser and Tour all used pretty much the same frame so combining those three lines into one seemed like a pretty logical step. That basic design has been around for a decade and a half so it also seemed like a smart to make a few updates. And thus was born the Tour II.