BURKE MOUNTAIN, Vermont (April 23, 2018)
The Rasputitsa Spring Classic in the Northeast Kingdom of Vermont is described as “a psychotic 45-mile, insane, drop to your knees and cry sufferfest.” Nobody enters this bike race without a sobering reckoning with one’s constitution.

So when Lindsay Warner of Hinesburg, Vermont, made the finish line on a TerraTrike recumbent three-wheeler, she turned a few heads and ticked off a few firsts.

“Gravel grinders are what this trike was designed for,” said Jeff Yonker, marketing director at TerraTrike. “They are a great place for trikers to test their mettle and our hats are off to Lindsay for pushing through this punishing course…and with a broken hand!”

Usually a member of the Barker Mountain Bikes race team based in Maine, Warner rode the TerraTrike this year as a cross-training exercise due to her broken hand. Hundreds of participants didn’t make the finish line this year, so the fact that Warner made it in less than the 6-hour cut-off time is even more notable. She placed 21st in the 30-39 age bracket riding a diamond frame bike at last year’s Rasputitsa.

“I was surprised at how well the trike climbed,” wrote Warner via email. “With the exception of the three snow-covered Class IV roads/mountain bike sections, I rode every hill and never had to get off to walk. It was awesome!”

Started in 2013, Rasputitsa means ‘mud season’ in Russian and has attracted a cult following of riders to the hinterlands of Vermont from 16 states and four provinces of Canada.

“I think the coolest thing was that I was actually able to ride some of the snowy sections better than people on two wheels,” said Warner. “Usually when you start to lose traction on a two-wheeler, you tip over…and then it’s game over. Because I didn’t have any balance issues, I could move forward just as long as I could keep turning the pedals over without completely spinning out.”

Based in Grand Rapids, Michigan, TerraTrike has been making adventure-ready recumbent trikes for more than 20 years. The Rambler All Terrain is one of their newest models specifically designed for adventure cycling and bikepacking. 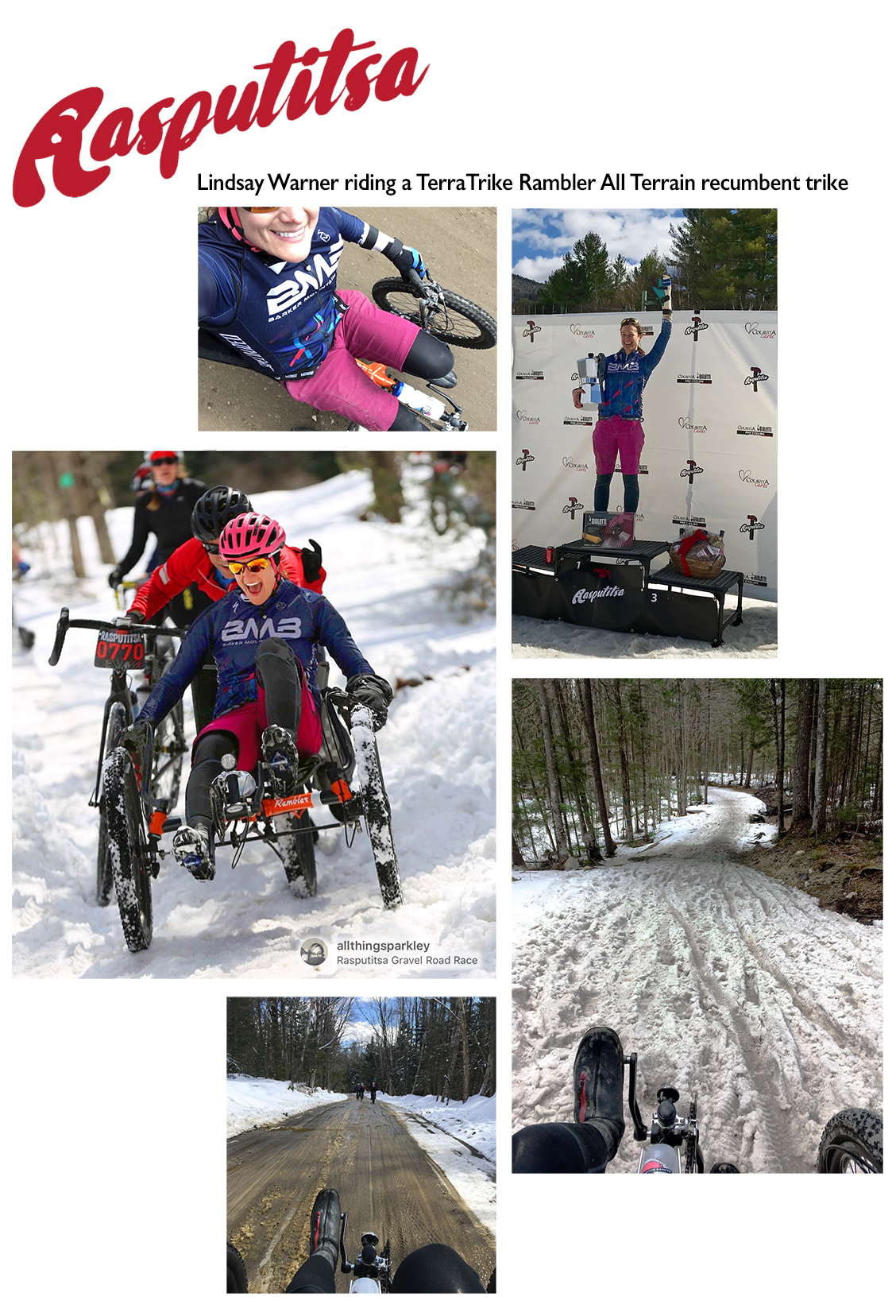