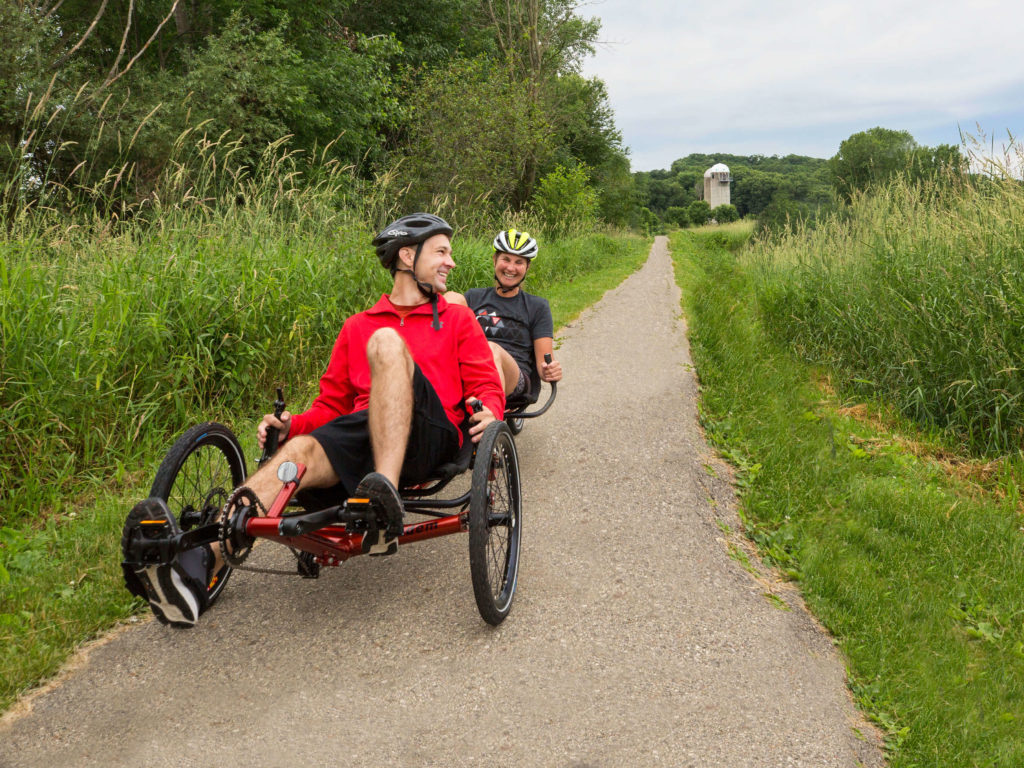 TerraTrikes entry-level Rover has been an unmitigated success. It’s sold in huge numbers and has brought a lot of new riders into the recumbent trike segment. It’s also proven to be a very adaptable design that has spawned several rather major modifications. The most major of these is TerraTrike’s $899 tandem attachement. I got a chance to try one of these out with my son recently. We didn’t ride it long enough for a full on review, but I thought I’d share what we learned here

At first glance, the Rover tandem looks like… well… a Rover tandem. The tandem kit retains the same square tube, industrial look of the single. I don’t think that anyone will ever call it pretty but it works. I didn’t have a scale handy but when we moved the Tandem around I found that it didn’t feel nearly as heavy as I expected it to be.